What Makes a Great Escape Room

What Makes a Great Escape Room 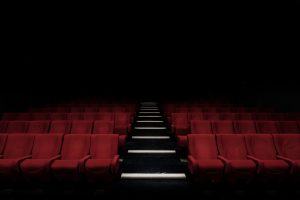 Sometimes it’s difficult to say what separates a good escape room from a bad one. But there certainly is a divide between the ordinary and a great escape room. Sure there are some blatant things that can go wrong in an escape room–malfunctioning props, distracted game masters, etc… But how do you separate a great escape room from just an average one? Now, this is a gross overview of the work that goes into creating an escape room, but it’s some of the more important aspects of what separates the great from the herd.

One the most used adjectives amongst Escape Room enthusiasts to describe an escape room is “beautiful”.

“It had a beautiful set”

“The design was beautiful”

But what makes a set beautiful is the attention to details, and the ability to take the players into a different world. Humans (for the most part) have five senses. We use these senses to communicate with the world. So in order to bring players into a different world, the room must be able to hit all the senses cohesively in order to trick the brain into believing they’re there in that designed set. For example, if I were trying to create a theme based in a crematorium, I would try to increase the temperature of the room, keep the lighting relatively dark while accenting it with the proper lighting, and perhaps add a scent of charred wood to the room to heighten the sense of smell. At the end of the day, it’s the small details that matter.

When people look to experience an escape room, their main reason for doing it is because they want a brain challenge, something that makes them think. It’s not out of the ordinary to say that people enjoy being locked up in order to find their way out. Why else is the Escape Room industry growing? People love a good puzzle that they can sink their teeth into, furthermore, there’s an adrenaline rush when you solve puzzles. A great puzzle, however, doesn’t necessarily equate to a harder puzzle. For example, you would want a puzzle hard enough that you won’t just solve it when encountering it, but not so much that it stumps you for the majority of the game. Being able to find that happy medium is often difficult, but when you can create puzzles that are moderately difficult, but interactive at the same time, you have a great puzzle on your hands.

Many escape rooms don’t incorporate much of a story into their rooms, and that’s perfectly fine, but the best escape rooms tell the best stories. Now it’s often difficult to tell a good story when the adrenaline is rushing and players are in a time crunch wanting to escape to beat the record, so it’s best to incorporate the players into the story themselves. Whenever players have a role designated to them, there is almost a sense of obligation that goes with that role. For example, a secret spy-themed room, there’s a small level of role-playing that goes on, and it would be best to tap into that side of the brain and highlight it even more so. In the case of a secret spy, if I were given a penlight and a briefcase, automatically my brain starts believing that I’m a secret spy.

All in all, it requires a combination of all of the aspects as mentioned above to create a great escape room experience for the players.